You are here: Home / Archives for High Velocity Innovation 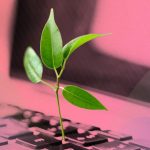 A growing number of major companies are following the lead of Amazon, Microsoft, and Google to set aggressive targets for achieving net zero carbon emissions in their businesses. To hit those commitments, companies need to make important decisions about where to focus the time, energy, and money they have to invest in sustainability. It may […] 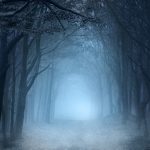 When my partner and I were driving through the Luxembourg countryside, we enjoyed the beautiful sights: scenic mountains with hilltop castles and lush forests. As night began to fall, the fog descended.  At first, it was beautiful. Then visibility became more and more restricted. Relaxation turned into apprehension as we realized the increasing danger on […]

Recently, my thinking about Key Decisions has changed. I used to think that teams needed to address all their high impact/high unknown Key Decisions and that teams could be trusted to come up with the right ones within a few cycles of re-planning, even if they struggled during the integration event.

On one trip I took prior to the pandemic, I visited an Advanced R&D lab and saw a lot of cool new technology. It was all stuff that I could see myself using some day. The team was working hard to overcome technical obstacles that were in the way of commercialization. These obstacles were real […]